Ben, aged 28, had not raced since April, due to work commitments and getting married.

But he was immediately on the pace, taking third place in the first race of the weekend and winning the second in dominant style.

Sunday’s races opened with Ben moving into the lead on lap two of the first heat, and eventually taking the chequered flag after a nip-and-tuck battle with Masters Cup champion Paul Simmons.

“The weekend was mixed for me,” he said. “On Saturday we had two great races but then the axle snapped in the final unfortunately. Sunday started well with a great scrap for the win with Steve [Whitelegg] and Paul [Simmons] and the second race went pretty well despite some brake issues.”

Ben made his debut in the Legends Car series in 2009 – finishing 8th overall and 2nd in the rookie table, having switched to the circuits after winning the Junior Rallycross crown in 2006 and Supermodified Rallycross titles in 2007 and 2008.

He finished runner-up in the hotly-contested Legends championship in 2014 and 2017.

Legends racing originated on the US oval tracks, and the cars have an American look, being 5/8-scale replicas of classic US models. Guttercrest Racing runs a Ford Coupe 1934 replica, with a 1250cc Yamaha motorcycle engine.

Guttercrest Racing is backed by the family-owned aluminium guttering company Guttercrest, based in Oswestry, with further support from us – award-winning PR and communications consultancy Weltch Media.

Motorsport is one of our areas of expertise. See how we could help you. 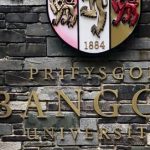