A new British horror movie, which has already scooped a string of awards for its script, has now launched a crowdfunding campaign to raise the production budget.

The script for The Flock has won four awards, most recently the 2019 Special Jury Prize at the Barcelona International Film Festival.

Our senior consultant Andrew Weltch recently joined the project as associate producer, and has written about it on our associated arts and entertainment blog Piece of Pink Pie.

Written and directed by Andrew ‘Griff’ Griffin, The Flock will star Francesca Louise White and Ben Manning in a post-apocalyptic film, heavily influenced by the Western genre as well as horror.

Indeed, you can expect more of a focus on character and theme than on blood and gore.

The Midlands-based creative hub behind the project, SteamWork Film, has now launched a crowdfunding campaign, offering a range of perks including a digital download of the film, on-screen credit, appearing in the film, a day’s tuition with one of the crew, a shooting script, a copy of the accompanying limited-edition comic book and much more.

You can read the blog post here and check out the crowdfunding campaign here. 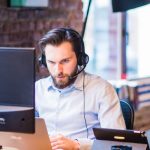 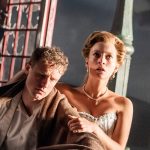