Our sponsored player Danni Wyatt was in the thick of the action, scoring a goal and suffering an eye injury, as Torquay United Women progressed in the Vitality Women’s FA Cup.

Returning from illnesss, Danni wasn’t in the starting line-up for yesterday’s (October 3) home game in rainy conditions against Helston Athletic Women, but came on in the second half with 30 minutes to play.

By that time, Torquay were 2-0 up thanks to goals from Kirsty Caunter on her debut, and captain Daisy Self.

Danni replaced Ellie Bishop on the right, and was soon on the scoresheet. Connecting with a Rhi Bailey throw-in, Danni put the ball into the penalty box. It rebounded off a defender, and she knocked the ball home to make it 3-0.

But Danni came off worst during a challenge on the edge of the penalty area, when she took an elbow to the face, leaving a cut above her eye. 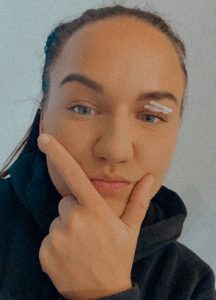 “It was quite a bloody injury,” she said. “So I went off for some treatment. Steve [Elswood] cleaned my eye up, and I went back on – there were only a few minutes left, but I wanted to get back on. It was probably adrenaline.”

Danni concluded: “It was a good result against a strong Helston side, who really tested us. But we were too strong and finished well.”

The victory means the team has now gone 15 games unbeaten. 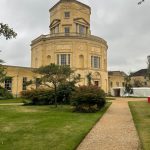 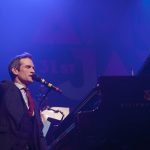 Best gigs, playing on a no 1 hit, and those suits – catching up with Anthony StrongArts & Entertainment