Our sponsored player Danni Wyatt was back on the score sheet last night, as she helped Torquay United Women to a 4-2 win against Liskeard Athletic Women in their latest pre-season game.

Danni, who is still recovering from a hip injury, was in the action early on, heading wide from an Ellie Bishop cross in the second minute.

Torquay were 1-0 up at half-time, thanks to Beth Everson prodding home a low cross from Daisy Self at 25 minutes.

Danni extended the lead with a great finish at 48 minutes, but within 10 minutes it was 2-2.

Beth’s second goal put United back in front at 68 minutes, and Ellie sealed the victory with the fourth goal in stoppage time.

Danni described it as “a great game” and a “really good advert for women’s football”.

Thanks to the Clubnets Twitter feed for match details. 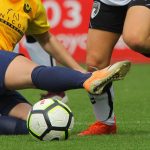 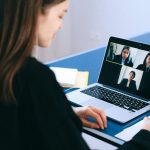