A new short film, inspired by T.S.Eliot’s The Waste Land, will explore reality and meaning.

Visions of Beulah, a project led by actor-turned-filmmaker Thomas Riordan, is due to film later this month [April 2021] and to be completed in late June, our companion arts and entertainment blog, Piece of Pink Pie, reports.

Tom and his co-producer Ilsa Jones hope to arrange screenings in Bournemouth, where they are based, and to send the film to festivals.

A crowdfunding campaign raised the £400 needed to make the film possible, but Tom and Ilsa have now increased their target to £600, which would enable them to secure equipment to refine the cinematography. 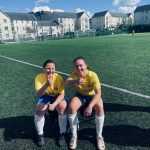 Our Nikki and Danni help Torquay to victorySport 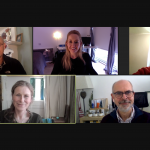