It arrived in Cardiff last night (June 25) and our senior consultant, Andrew Weltch, was at the New Theatre to review it for our companion hyperlocal site Rhiwbina Info.

The Final Curtain, by Simon Reade, is set in the 1920s, with an ageing and anxious Holmes (Powell) in retirement in Sussex, until he is visited by Mary Watson (Liza Goddard), wife of his former associate Dr John Watson. She claims to have seen the ghost of her son – and Holmes is soon back in London to investigate.

“[It] is slow to get going (everyone has dodgy knees, so it’s perhaps understandable), but once the action moves to Baker Street – a superb set, convincingly lived-in, smokey and dimly-lit – the play picks up the pace: now the game really is afoot.

“We are treated to some clever ‘magic’ and a series of twists, as Holmes finally uncovers the truth behind the ghostly apparition.”

The production runs at Cardiff’s New Theatre until Saturday, and then moves to Leicester, Cambridge, Cheltenham, and Manchester. 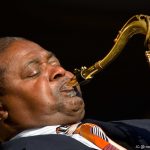 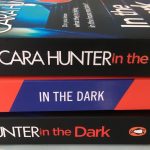