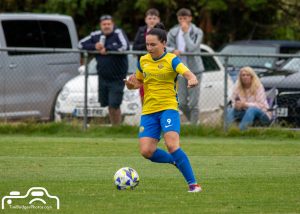 The second goal came from a corner after some pressure from Danni and Helen Kukor (on her debut). Ocean Latto sent the ball in, which deflected to Helen, who finished nicely in the bottom left corner.

But the visitors from Somerset came back with two goals of their own to level the score. “We let them back into the game,” said a disappointed Danni. “We kept pushing till the very end to try and take the lead back and came so close many times, but unfortunately it wasn’t our day in front of goal. And it wasn’t my day. 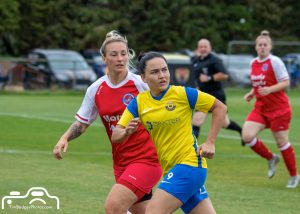 “We take a point at home and some lessons to learn as we build to Bideford away next week.”

Torquay opened the league campaign with a 4-2 win at Bishop’s Lydeard last weekend. 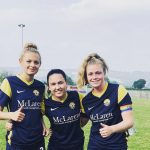 Our Danni scores as Torquay open league campaign with a winSport

Kelsey and Danni help York and Torquay to victorySport