He would have been in with a chance of three wins but slowed down when running second with a lap to go, thinking the race was over.

“That was stupid – I just miscounted,” he explained. “It all started really well but then I made an absolute idiot, April Fool’s move and finished a lap early when I was in second! I fought back with two wins after that, though, which were great.”

The next day’s races were plagued by rain and delays, but started well for Power, who took second place in heat one after a huge wheel-to-wheel battle with reigning champion John Mickel and Steve Whitelegg.

He then placed fifth in heat two, and was second in the final, two seconds behind race winner Will Gibson, to finish as the day’s overall winner on points.

“There are so many quick guys coming through now,” he said. “The series is more open than ever, so it’s great to be at the sharp end, and enjoying some competitive battles.”

Legends Car racing originated on the US oval tracks, and the cars have an American look, being 5/8-scale replicas of classic US models. Guttercrest Racing runs a Ford Coupe 1934 replica, with a 1250cc Yamaha motorcycle engine.

With identical cars and the fastest drivers having to start at the back of the grid, there is said to be more overtaking in a single Legends race than in a whole season of Formula 1.

Guttercrest Racing is backed by the family-owned aluminium guttering company Guttercrest, based in Oswestry, with support from us, the award-winning PR and communications consultancy Weltch Media. 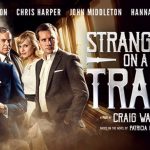 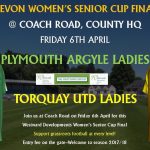