The result completed the ‘double’ over the Somerset team after Torquay scored a 10-3 win at home last week, with Danni scoring twice.

Torquay took the lead yesterday in the first few minutes and were 3-0 up at half-time.

“Middlezoy put up a physical battle,” Danni told us. “But we held up on a heavy pitch and the scoreline ended 6-1 at full time.

“I didn’t get on the score sheet this week – a few good chances that were saved well by the keeper and a change in position (out to the right) which i enjoyed!”

Torquay are now second in the Premier Division, three point behind Sherborne Town. 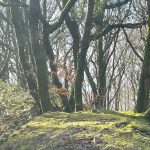 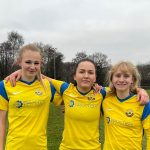