The creation of Mary Shelley’s Frankenstein is a fascinating tale in its own right. In the summer of 1816, Lord Byron invited fellow poet Percy Bysshe Shelley and his lover, 18-year-old Mary Godwin, to stay at the Villa Diodati near Lake Geneva, along with Mary’s stepsister Claire Clairmont, and Byron’s physician friend (and biographer), Dr John Polidori.

Forced to entertain themselves during miserable weather, they agreed to a competition to write the scariest ghost story – and Mary’s contribution was the basis for Frankenstein, or The Modern Prometheus.

Our senior consultant Andrew Weltch was invited by The Wordsworth Trust to review the notorious cinematic telling of this gathering of creative talent, Ken Russell’s film Gothic (1986) for its Romanticism blog.

“Gothic isn’t an easy film to watch,” he writes. “It’s often puzzling, sometimes disturbing and even scary… This is very much the stuff of ‘dreams and nightmares’.”

You can read the blog post and see clips from the film here. 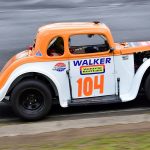 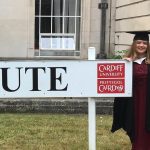