Our Legends racing driver James Holman achieved a podium finish in all three races at the weekend’s (August 18) Irish Legends Car Championship round at Mondello Park.

James was second fastest in practice behind championship leader Paul O’Brien and took second place behind him in a damp opening race.

He looked set to finish runner-up to O’Brien again in heat two, but lost out to Geoff Richardson on the last corner and had to settle for third.

In the final, it was a familiar story, with O’Brien taking the win. This time, Geoff’s brother Greg Richardson took runner-up spot, less than six-tenths of a second ahead of James.

“This was by far our best performance of the season,” said Holman. “The engine has been rebuilt since the last meeting, and it has given us the straight-line speed we need to be competitive.”

James is racing as part of the Samsport team in the fast-growing Irish Legends Car Championship. A former rookie of the year and championship runner-up in the hotly contested UK Legends Car series, Suffolk-based James switched to the Irish series to save costs.He finished runner-up in Ireland in 2016 and was fourth last season, despite missing the opening round due to the birth of his son. 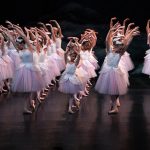 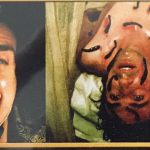