Nurse of the year Eve Lightfoot put the skills she learned from our media training to good use when she was interviewed as part of a major TV feature about the ‘silent killer’, sepsis.

Eve spoke to ITV’s Andrea Byrne in a report about the condition, which can be fatal if not treated early.

Andrea’s father died from sepsis in 2017, and the package raises awareness of the condition, which develops when your body overreacts to infection.

Eve, a community infection prevention nurse, was named Wales Nurse of the Year at the annual Royal College of Nursing (RCN) awards in November [2018].

She joined us and our partners Memorable Creative Journalism for a media training day through RCN Wales in December, and found it very useful in preparing her for what to expect and building her confidence.

The video shows her talking to district nurses about the warning signs of sepsis, and being interviewed by Andrea.

“The media training gave me valuable insight into what to expect when being interviewed,” said Eve. “It prepared me by alleviating concerns and increasing my personal confidence in being filmed or interviewed”.

You can see Eve’s interview here, by scrolling to the final video.

Our training sessions explain what the media want from interviews, how to prepare and how to carry out the interview itself, ensuring you’re confident, comfortable and ready to enjoy it. They’re also especially useful for those aiming to appear in their own online content, and we cover vital social media tips too.

Last year, several of our media training clients put their new skills to use when they were interviewed about sporting success at the Commonwealth Games and at Brands Hatch.

Our media training days are designed to be useful, affordable, and fun. Contact us if you’d like to know more. 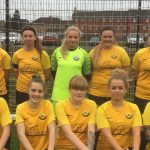 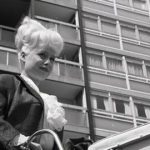 Rediscovering a 1960s film and its cast of future starsArts & Entertainment, Blog post