An independent British film studio, specialising in horror, is taking a change of direction by producing a fantasy epic, featuring knights, a dragon, and dark, supernatural forces.

Based on a concept by Lawrie Brewster and Sarah Daly, Dragon Knight is described as “a gritty fantasy epic, set in the dystopian lands of Agonos, where a lone knight must embark on a perilous quest to save the world from a great and growing evil”.

Inspired by fantasy literature like the Conan the Barbarian series, films like John Boorman’s Excalibur, and no doubt TV’s Game of Thrones too, Dragon Knight now has a spectacular trailer, and there’s a fundraising campaign so you can get involved and support the project.

For more information and links, here’s the blog post. 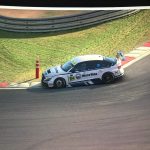 James is back among the leaders in TCR sim racesMotorsport