Our racing driver James Holman was back among the leaders with a third and fourth place, when the Irish Digital Motorsport TCR simracing series visited the famous Nurburgring in Germany last night (Wednesday 16th June).

James took the Weltch Media-liveried Audi RS TCR car to third in the opening heat race, after qualifying fourth in a field of 33 cars.

He crossed the line behind race winner Naveed Hussain and Jason Cooper to take his third podium finish of the series – having placed third in both races at Imola two weeks ago.

In the longer feature race, with the top 15 reversed on the grid, James started 13th, and survived an incident-packed 15 laps to work his way through the pack.

He finished fourth, just 0.17 seconds behind third-placed Wayne Douglas. Josh Malin held on for the win, ahead of Hussain.

“I’m very happy to be back towards the sharp end,” James told us. “With a bit of luck I think we can get a win in one of these remaining rounds. The pace was good, and I had the fastest lap in race 1 too.

“I’m looking forward to Zolder next week – should be a close fight again”.

Next week, the TCR series moves to Zolder (Belgium), before the final round the following week at Hockenheim (Germany). 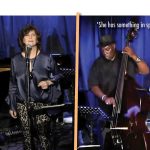 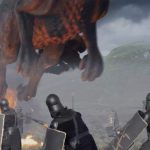