It was York’s first game since the televised Challenge Cup Final in early June – thanks to games being called off or postponed. Last night’s Women’s Super League game was rearranged from Sunday. 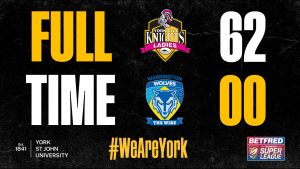 Kelsey told us Wolves made the Knights work hard – even if the scoreline doesn’t suggest it.

“It was really good to be back out there with the girls after five weeks,” she said. “It wasn’t a perfect performance but we got the job done emphatically and it puts in a really good position going into next week where we face Wigan for a top four spot.

“We really enjoyed it – you could see the girls were buzzing just to be out playing with each other again after such a long hiatus! Hopefully we can gain some good momentum now entering the business end of the season.”

The England team that made a stand by taking a knee – and moreBlog post, Sport 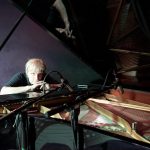