Although they had much of the play, York couldn’t break through Leeds’ defence and found themselves 12-0 down through two Caitlin Beevers tries, both converted by Courtney Winfield-Hill.

Knights closed the gap with a try by Sinead Peach, but the League Leaders couldn’t add to their score.

“I was really disappointed not to win the final yesterday,” Kelsey told us. “I really thought we had the tools to do it, but just wasn’t to be on the day through one reason or another.

“I’m still immensely proud of what we’ve done for the club this year and excited to build on the amazing season we’ve had! We have a good group between us and we will keep achieving in 2023 – super grateful for everyone who has supported us this year!

“On a personal level, I am just happy to have a rest now, I wanted to be back [from injury] in time for the big games and do my bit for this amazing club, and I feel like I have done that. Now I want to give my body and mind a well-earned rest so I can get back to some consistency in 2023 after quite a frustrating year personally.

“I couldn’t do any of these amazing things without the support of my personal sponsor Weltch Media and my official sponsor TradeCars4U, so I’m always grateful to these great sponsors and even greater people for always having my back!”

Photos from the Grand Final by Andy Nelson Sports Photography. 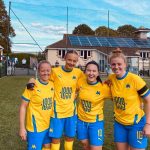 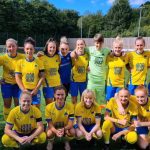