A try from our Kelsey Gentles helped York City Knights Ladies to victory in the Betfred Women’s Super League play-off semi final over Wigan Warriors at the weekend.

After securing the League Leaders’ Shield the previous week, York travelled back to Headingly for the semi final, with Kelsey back in the starting line-up.

The first half was scoreless, but not without incident – Kelsey took a knock to the face in the opening minutes and temporarily lost vision in one eye! Savannah Andrade put Knights ahead after the break, and the try was converted by Tara Jane Stanley, who also scored a penalty goal to make it 8-0.

Kelsey’s try came at 51 minutes, when she went over the line in the corner to put York 12 points ahead. 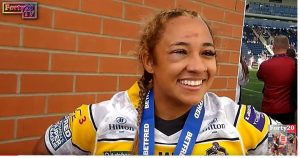 Wigan’s French international Laureane Biville scored a late consolation try, but it was too late for a comeback, and Knights won 12-4.

It means York will face Leeds Rhinos in the final on Sunday 18 September at St Helens.

After the game, Kelsey spoke to Forty 20 Live. You can see the interview here. 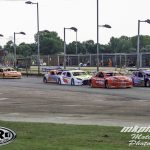 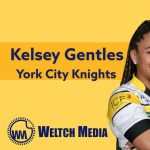 Kelsey looks ahead to Grand FinalSport