The stickers show a profile of Mark’s Peugeot 206cc as seen at the 2022 world championship final meeting, complete with sponsors’ logos, including ours.

You can buy the stickers for £2.50, alongside those featuring other cars from the current season and going back to the 1970s.

Throughout 2022, Mark is raising funds for the Big Moose £1 million appeal for mental health and suicide prevention by gaining world championship qualifying points and seeking other donations.

If you would like to support Mark’s fundraising campaign, you can donate here. 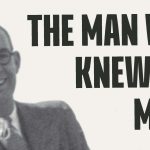 The Cher Story – ‘an unforgettable spectacle of a show’Arts & Entertainment