Our Legends racing partner driver James Holman stepped up his challenge in the Irish Legends Car Championship at the weekend (July 13-14) – and recorded the fastest lap in one of the races.

He finished sixth in both heats on Saturday and fourth in the final, while Sunday’s highlight was setting the fastest lap in the second race and finishing fourth.

“It was a positive weekend without being one on the results sheet,” said James. “We went from being 8/10ths off the pace at the start of the weekend to being there or thereabouts, getting fastest lap in race 2 on Sunday was nice.

“We need to work on a few little things to get the results we want – a little more straight-line speed, but the car was magnificent in the corners. Once we have the issue sorted (hopefully for next meeting in August) then we can be hopeful for wins and at the least podiums.

“The weekend was some of the hardest and closest racing I’ve ever been a part of. Six of us were usually nose-to-tail, which with the lack of straight-line speed made defending and attacking difficult. Irish Legends certainly put on a show!”

James is racing as part of the Samsport team in the fast-growing Irish Legends Car Championship. A former rookie of the year and championship runner-up in the hotly contested UK Legends Car series, Suffolk-based James switched to the Irish series to save costs.

He finished runner-up in Ireland in 2016 and was fourth last season, despite missing the opening round due to the birth of his son.

The 2019 series features seven rounds at Kirkistown in County Down and Mondello Park, where James still holds the lap record. 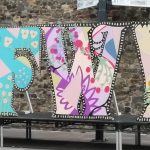 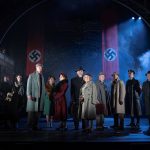