The third book in the best-selling DI Adam Fawley crime thriller series by Cara Hunter has been launched in Oxford.

No Way Out was launched in Lincoln College this week [April 3rd 2019] as part of Oxford Literary Festival.

The series has clocked up sales of more than half a million copies worldwide, and the first book, Close to Home, has now been shortlisted for the British Book Awards.

The second, In the Dark, launched last summer, has also been a huge commercial and critical success, and publisher Penguin has even launched a Cara Hunter newsletter for her growing army of fans.

No Way Out centres on a fatal house fire in an affluent part of Oxford, and the investigation which follows after the discovery that this was arson.

Our senior consultant, Andrew Weltch (who has a minor character in the book named after him!), was at the launch, and has written about it in our companion arts and entertainment blog, Piece of Pink Pie. You can read the post here.

If you’re a writer or publisher, you may be interested in our editorial services. 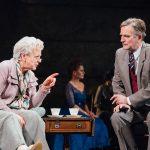 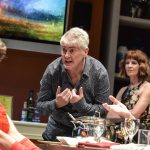