“This is far removed from traditonally ‘male, pale and stale’ productions of Shakespeare,” the review by our senior consultant Andrew Weltch notes. “Director Erica Whyman gives several of the traditionally male roles to women, notably Charlotte Josephine as brash and hot-tempered Mercutio.”

He adds:  “This is a sophisticated and enthralling production, which raises some interesting questions about gender identity and sexuality within the familiar framework of the western world’s greatest love story.”

The RSC’s production of Romeo and Juliet plays at the New Theatre, Cardiff, until Saturday (March 9). Tickets are available from the box office on (029) 2087 8889 and online.  It then moves on to the Theatre Royal, Glasgow, from March 19. 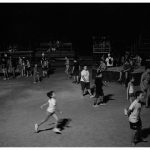 Fergus Riordan: bridging artistic gaps from behind the lensArts & Entertainment 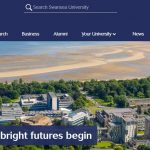