A series of short screenplays, known as The Annalium Project, has been finding success in international competitions, our associated arts and entertainment blog reports.

The dialogue-free scripts by Cardif-based Rob Lancey include:

Qvest, which was a finalist in the Florida Script Challenge 2021;

Sadie, which gained an Honorary Mention in the Macoproject New York Film Festival and was a quarter-finalist in the Caledonian Short Script Competition;

Apache, a semi-finalist in the Poe Film Festival;

and Sssss, which was selected for the Kinodrome Film Competition and a quarter-finalist in the Caledonian Short Script Competition.

Sssss, set in a world where a strange malady has wiped out all animal life, is the first one due to be filmed, and Weltch Media will be involved in the production next year.

A scientist, dressed in full bio-hazard kit and with a life-support machine in tow, discovers a young girl, fully fit and well. The girl offers hope to the world though inadvertently seals the fate of the scientist.

You can find out more in the Piece of Pink Pie blog post here. 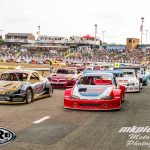 On top of the world at the big raceMotorsport 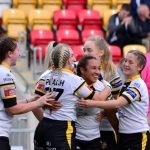