Leeds beat Castleford Tigers (then including Kelsey) to take the title in 2019, and the championship was not contested in 2020, due to the pandemic.

Tomorrow, Kelsey is expected to be in the Knights line-up to face the Rhinos in a game to be shown live on Sky Sports from St Helens’ Totally Wicked Stadium (3:30pm).

York went down bravely against St Helens in June’s Challenge Cup Final, shown live by BBC, but have produced some impressive performances since then – including a 28-14 win over Castleford last weekend, as Kelsey returned from injury and helped secure the semi-final spot.

Kelsey told us: “I can’t wait to play the semi-final this weekend. It’s another chance to get to a final and going up against the Rhinos is a really tough game that we have been prepping loads for this week!

“This season has been a lot more successful than we anticipated so getting to a semi-final is very much the icing on the cake when we think about how much change we’ve had to endure this year.”

You can watch York vs Leeds and the other semi-final, St Helens vs Castleford, from 1.15pm tomorrow (Sunday) on Sky Sports Mix.

Photo: Kelsey is congratulated by teammates after scoring a try in last week’s victory against Castleford. Photo by Andy Nelson Sports Photography 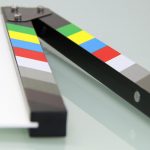 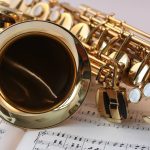