The new short film One Another provides a “clever, engaging and well crafted new take on a familiar premise” according to the review on our companion arts and entertainment blog Piece of Pink Pie.

The film, directed by Jérôme Réhioui from a script by Jonathan Skinner, tells the story of a chance meeting between bored businessman Daniel (Edward Tarling) and pickpocket Isla (Hayley Powell).

In his review, our senior consultant Andrew Weltch writes that a bored man unexpectedly meeting a beautiful woman, who leads him on an adventure is “a familiar male fantasy, which has formed the basis for some memorable films”.

They include Gene Wilder’s 1984 The Woman in Red, and here Isla is also eye-catching in that colour – albeit a branded jacket, rather than a billowing dress. But at the end of the 13 minutes, we are left to imagine what adventure may unfold for our protagonists. 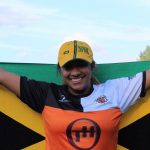 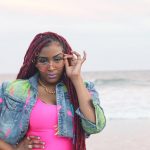