The sensational return prompted many to declare Woods the greatest of all time, while others argued Jack Nicklaus deserves that title.

But in a guest blog post, sports writer Reece Chambers suggests this obsession with choosing a greatest performer compromises the sheer brilliance of individuals.

“His first win in professional golf for over 10 years showcases the qualities of a true champion,” writes Reece. “The sheer grit and determination coupled with intricate skill provides enough evidence to suggest that Woods is one of the greatest sporting athletes of all time.”

But, he suggests: “It could be argued that it’s time to start putting such comparisons to one side. The constant need for fans, pundits and even some players, to constantly compare the highest achievers in their respective sports is unfair and impossible.”

Quoting examples from soccer and motor sport too, he argues such debates are pointless – like comparing Einstein with Newton.

Sport is one of our specialist areas, so if you’re looking for PR or communications support, see what we offer. 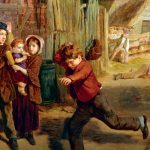 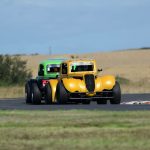