Actor and author Robert Daws stars in our light-hearted new video, explaining how to spell ‘Weltch’!

The star of TV’s The Royal, Outside Edge, and Roger Roger, expresses his surprise that there’s a T in Weltch, before providing the helpful pronunciation ‘Wel-t-ch’.

Robert has appeared in many TV productions, plays, and films, and has had recurring roles in major UK serial dramas including Coronation Street, Casualty, and Poldark.

As an author, he writes the best-selling Sullivan & Broderick Rock series of crime novels set in Gibraltar, and is co-host of the popular crime fiction podcast, Partners in Crime.

We’re very grateful to Robert for agreeing to appear, and we’re working on more videos to share soon.

You can see the video here, and for more, be sure to subscribe to our YouTube channel. 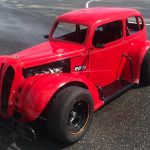 Legends Car racer James is back on trackMotorsport 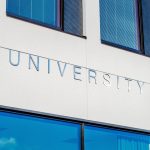 A degree of challenge: graduating during lockdownBlog post, Education