Our Legends Car racer James Holman has been back on the race track, with a second practice day at Mondello Park at the weekend (July 5th).

The Irish Legends Car Championship, like racing series around the world, has been on hold because of the coronavirus pandemic, so the practice day was a rare outing for drivers and teams.

“We did about 20 laps and the car behaved pretty well,” he said. “We still have new tyres to go on, so we should yet see some improvement.” 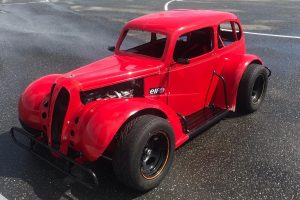 Series organisers are hoping a shortened championship season may be able to get under way at the end of July.

While real racing was ruled out, Englishman James represented the UK in an international Legends Car sim racing series on simulated tracks in Scandinavia and the Baltic states, run by the Baltic Touring Car Championship.

The only British driver in the series, featuring entries from around Europe, as well as the USA and South Africa, James missed the first and last round, but still finished seventh overall in a computerised car carrying the Weltch Media logo.

In real-life racing, James competes as part of the Samsport team in the Irish Legends Car Championship, with sponsorship from Walker Vehicle Rental and support from us at Weltch Media. He has recently announced a tie-up with leading Swedish Legends Car team, Nyman Racing. 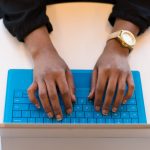 Lockdown could lead to a flurry of new books, survey suggestsArts & Entertainment 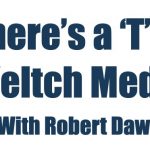