Danni played the first 60 minutes on the wing before manager Grant Fisher moved her to the forward position.

“I really enjoyed the run out on the wing and see it as a position I can perform well in,” Danni told us after the game.

“I covered a lot of ground today but felt good for it – four more goals on the scoresheet, so I couldn’t be happier with that.” 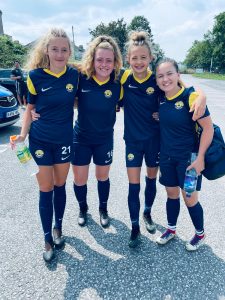 Torquay’s other goals came from Ellie Bishop (6), and one each from two of our formerly sponsored players, Jana Richards and Daisy Self. 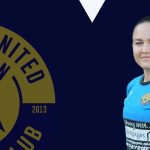 Greetings from Hirwaun – in an imagined 1970sNews