Two former blocks of flats in a South Wales village form the unlikely subject of our new promotional greetings card.

The 1960s tower blocks at Hirwaun, known as the Towers and the Beacons, were a prominent (and many thought incongruous) landmark in the area for decades, until they were demolished in a controlled explosion in 2004.

Now they are back, as the unlikely focus of a mock 1970s-style tourist postcard, including blue skies and ocean (although Hirwaun is really some way from the coast).

Our senior consultant Andy Weltch explained: “As a kid in the 1970s, we used to travel from Devon to holiday with family friends at a cottage in Hirwaun. As far as I knew it was a tourist destination – the Brecon Beacons and Gower were within easy reach, and those towers were memorable landmarks.

“It was only many years later that I realised Hirwaun was basically a mining town – nobody went there on holiday, except us!

“So I thought it might be amusing to imagine if Hirwaun really had been a tourist hotspot. What would a postcard from the time look like?”

Andy came up with the concept, and our friends at Screamprint produced the design.

The response from people who lived in the village at the time has been very positive (they laughed!), and we’ll be sending some out to clients and friends soon. “Wish you were here!”

Our previous quirky promo concepts include the popular With a T video, which we produced in lockdown in 2020.

Check out our range of services here. 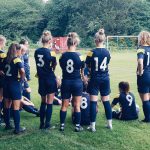 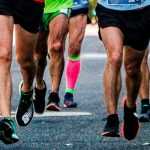