The writer and co-producer of our forthcoming short film, Rob Lancey, has achieved more international success for another of his film scripts.

Rob has received an honorable mention from the Hollywood Script Awards for his short film screenplay Qvest.

Qvest tells the story of a group of high-flyers who enter an orienteering treasure hunt, finding clues that would lead them to the key to a safe. Inside, a cheque for $1,000,000, keys to a Ferrari and Rolex watches. But what happens when someone stalks the others to steal their clues?

Meanwhile, our film Annalium 8: Sssss is now in postproduction. 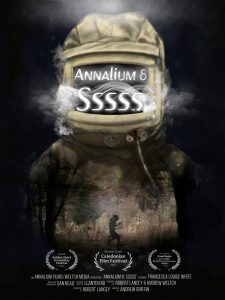 We finished shooting in August, when the lead actors, Minaii and Francesca Louise White, returned to South Wales to film night scenes.

We are producing the dark scifi drama in collaboration with Annalium Films from Rob’s script, telling of the aftermath of a catastrophe which has seemingly killed all animal life. The short film follows a surviving scientist in full hazmat suit who encounters a young girl in a forest – and she appears to be healthy and well…

Annalium 8: Sssss has its own Twitter and Instagram accounts, so please follow these to keep up with developments as it moves into post-production. You can also find it on IMDb and there will soon be a crowdfunding page too, so fans can get involved. 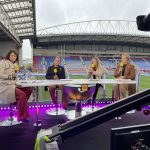 Our Kelsey on TV for World Cup finalSport 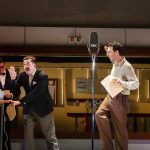