Our rugby league player Kelsey Gentles made a triumphant return to the pitch yesterday (Sunday 5 June), helping York City Knights Ladies to a 24-10 win over Leeds Rhinos in the Women’s Super League.

It was Kelsey’s first game since suffering an open dislocation of her finger in training three weeks ago. The injury needed surgery and an overnight stay in hospital, but had healed sufficiently for her to play with the finger heavily strapped. “The finger was fine,” said Kelsey. “It was a really good day.” Tara Jane Stanley was named player of the match.

Kelsey was recently announced as one of the athletes in Women’s Sport Trust ‘Unlocked’ programme for 2022.

We are a long-time supporter of Kelsey and this season became her personal sponsor, with support to cover the cost of her boots, training, recovery skins and supplements throughout the season.

Her official club sponsor this season is Trade Cars 4 U.

Kelsey featured in our comedy promo video With a T, which we compiled during the 2020 covid lockdown. 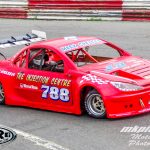 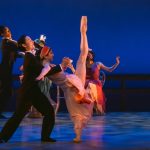 The Great Gatsby – ‘lose yourself in this superb production’Arts & Entertainment