Our co-sponsored player at Castleford Tigers Women, Kelsey Gentles, is the latest guest on the Tiger Talk podcast.

Kelsey, a dynamic winger, who is also an England international, is interviewed from her home for the podcast, which was uploaded at the weekend (August 1).

You can see the programme for free here. Among other things, Kelsey discusses how she started in rugby, her life away from the game, the potential for women’s rugby league to turn professional, and the importance of broadcaster Clare Balding’s appointment as president of the Rugby Football League. 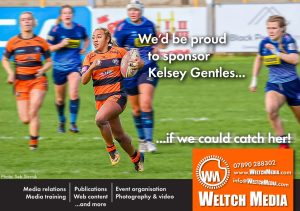 Recently, Kelsey appeared in our comedy promo-video With a T, and has been a key worker in retail during the height of the pandemic. Even if the already-delayed 2020 season cannot go ahead, our support will continue into 2021, as co-sponsors of Kelsey, alongside Atkinsons Fencing and Castle Commercial Cleaning Services. 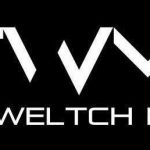