Our (hopefully amusing!) new video features a host of familiar faces reminding viewers that Weltch Media is spelt with a ‘T’.

Led by British actress Francesca Louise White as Lady Persephone Formaldehyde-Teaworthy, the cast also includes a range of our clients and friends, as well as other professional performers.

Several of those performers have featured in our companion arts and entertainment blog, Piece of Pink Pie, including Hollywood actor, dancer and producer, Dawn Noel, who has performed with Madonna and Jennifer Lopez, and who plays a recurring character in TV’s NCIS Los Angeles.

Our Legends Car racer James Holman is also there, as well as Jack Bunter from Mendips Raceway, and model, Rahab Ingalwa, the CEO of our Namibian fashion client, Ravenda Posh.

With a T is a follow-up to our recent video starring Robert Daws, and part of our light-hearted campaign to remind people of our unusual spelling.

You can see the new video, With a T, here.

Our Legends Car racer James wins in the rainMotorsport 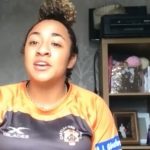 Kelsey talks about professionalism and more on ‘Tiger Talk’ podcastSport