One of our sponsored Torquay United Women players, Nikki Caunce, has suffered a knee injury, which could keep her out of action for weeks.

It happened during a 3-2 defeat in a behind-closed-doors friendly game against Marine Academy Plymouth at the weekend.

Nikki has suffered a similar injury in the past and says she expects to be able to start running again in about six weeks and playing soccer some time after that.

We wish Nikki a speedy recovery.

Our other sponsored Torquay player, Danni Wyatt, played the full 90 minutes and said she felt good about her performance. She expects a different result when the teams meet in the league.

Meanwhile, our co-sponsored Castleford Tigers Women player, Kelsey Gentles, missed her team’s Super League victory over local rivals Wakefield Trinity. She was being rested, after taking a knock in the previous game against Featherstone Rovers. 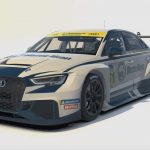 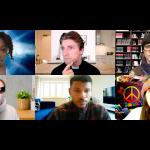