We are excited to announce that Weltch Media is sponsoring two award-winning players at Torquay United Women AFC this season.

Striker Danni Wyatt returns to the Gulls, after time with Plymouth Argyle and Exeter City, having lifted the goal of the season award at Torquay in 2017-18, when we were previously her sponsor.

Defender Nikki Caunce is in her second full season at Torquay, having been named manager’s player of the year last season (2019-20). 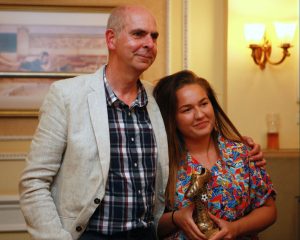 Danni, who we sponsored in 2017-18 and ’18-19, said: “I’m really grateful to have Weltch Media’s backing once again this season. Thank you to Andy and the team for following me on my journey away from the club, I decided to leave for my own progression joining Plymouth Argyle Women for a year but I was met with a double foot injury that hindered me for the season.

“I took some time away and after being contacted by Exeter City Women, I decided to take on the next challenge, i can’t thank Exeter City enough for their time – the coaches and the players were some of the loveliest I have met in women’s football and I really enjoyed my time with the club.

“I’m glad to now be back at Torquay United Women which is where it all started for me six years ago. It’s a level i can compete well in and hopefully my experience has made me the player I need to be to help Torquay be successful. I can’t wait to get started and really pleased to have Grant Fisher [new manager] on board for the season”.

Danni added: “I’ve also done a bit of moving at work, leaving my lovely store in Torquay to take on a new role in a different town – I was promoted earlier this year to step up to a trading manager role in the showrooms department of B&Q. I’m over the moon to be offered the position – it’s a huge opportunity for me to develop as a retail manager in a store that lets me have Sundays and training evenings off!”

Torquay-born and -raised Nikki commented: “I am really grateful for the sponsorship from Weltch Media, who do a great job in raising the profile of women in sport”.

A lifelong supporter of Torquay United men’s team, she added: “Every home game I can be found on the pop side at Plainmoor cheering the boys on, and I like to travel to away games as often as possible.”

She joined Torquay United Women late in the 2018/19 season during a tough relegation battle, which the team survived. “Last season I was named manager’s player of the year which was an accolade I was extremely proud to receive,” she added.

“I have previously  played in the Devon Women’s League for Plainmoor Ladies and Brixham Villa, but after a while in the same league I decided to challenge myself and move to a higher league before I do eventually hang up my boots”.

Nikki works as an insurance claims handler but hopes to someday put her degree in coaching and PE to good use and pursue a career in coaching.

A poker player and keep fit enthusiast, she is also a keen runner, having completed the London Marathon in 2013 and the Torbay Half Marathon several times.

“Looking at the season ahead, I am excited to see our progression on the pitch as we have made some very good signings and have been working extremely hard pre-season. I can see massive improvements from the players that were here last year, and we are now hoping to be more competitive this season in this very tough league.”

The South West Women’s Premier League season has been put on hold, while England is on a month-long lockdown because of the COVID pandemic; but we will be following our players when the campaign resumes.

We are also co-sponsors of Castleford Tigers Women’s winger and England international Kelsey Gentles. Although the 2020 women’s rugby league season was cancelled because of the pandemic, our support will continue in 2021.

Both Danni and Kelsey were among those who took part in our popular comedy video With a T. 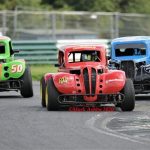 Legends racer James puts the brakes on till 2021 seasonMotorsport 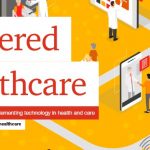