Our Legends Car racer James Holman has shelved his racing plans for the year due to the rising second wave of covid-19.

James, a front-runner in the Irish Legends Car Championship, said: “The racing at Kirkistown got cancelled after practice by request of the government, and we’ve now decided to be safe and not race again the rest of the year.

“I was going to race at Mondello Park on the 10th of October, and the meeting went ahead, but the number of covid-19 cases were rising rapidly at that point and with nothing really to gain thought we’d keep the powder dry for next year.”

The Englishman scored a spectacular race win in the rain at Mondello Park, his first victory for two years, when the Irish Championship belatedly got under way behind closed doors in July.

But the second wave of coronavirus infections has further disrupted motor racing, as so many other sports.

Meanwhile, James has been busy with sim racing. In his most recent event, he told us: “I got taken out of second place on the last lap by a backmarker in the last round at Spa! I was very annoyed!”

Earlier in the year, James represented the UK in an international Legends Car sim racing series on simulated tracks in Scandinavia and the Baltic states, run by the Baltic Touring Car Championship.

The only British driver in the series, featuring entries from around the world, James finished seventh overall in a computerised car carrying the Weltch Media logo. 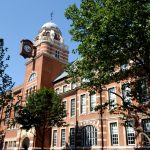 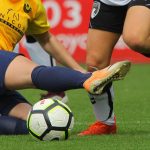