Congratulations to our sponsored player Danni Wyatt, who was named club player of the season at the Torquay United Women awards at Plainmoor last night (Wednesday 11 May). 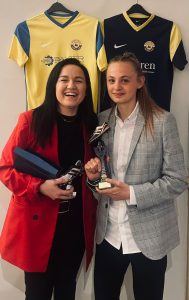 Danni with young player of the year, Ocean Latto 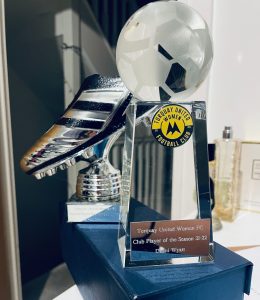 Danni, who has contributed hugely both on and off the pitch this season, said she was “absolutely speechless” at winning the award.

Danni can add the impressive trophy to the goal of the season award, which she won in 2018, and this year’s Devon Premier Cup winner’s medal, after helping Torquay to an against-all-odds win over hot favourites Exeter City in the final last month. Danni was among the scorers in a tense penalty shoot-out which secured the sensational victory. 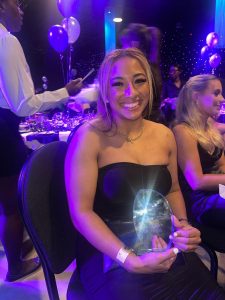 Kelsey Gentles – Sportswoman of the year at Leeds Beckett University 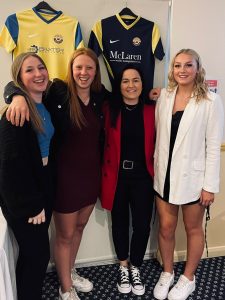 It has been a week of celebrations for Weltch Media-backed players, after our sponsored York City Knights rugby league player Kelsey Gentles was named sportswoman of the year at Leeds Beckett University.

In 2022, we have become Kelsey’s personal sponsor, with support to cover the cost of her boots, training, recovery skins and supplements throughout the season, while her official club sponsor this season is Trade Cars 4 U.

Both Kelsey and Danni featured in our popular With a T promo video, which we launched during the lockdown of 2020. 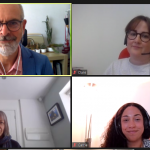 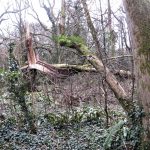