The Dublin-based Englishman clocked the 14th best time, despite managing only nine laps, while some others did more than 50.

He will miss tomorrow’s (Wednesday May 26th) opening round of the series at Donington Park (UK), due to family commitments, but is set to give the Weltch Media-liveried Audi RS TCR car its championship debut in round 2 at Imola (Italy) next week.

The weekly series then moves to the roval at Charlotte (USA), Nurburgring (Germany), Zolder (Belgium), and Hockenheim (Germany).

We’ll aim to keep you posted on James’s progress and on how you can watch the races.

Last year, he competed in a hotly contested international Legends Car sim racing series, based in Scandinavia. The races, featuring Legends Car drivers from around the world, were shown live online. 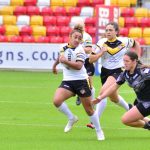 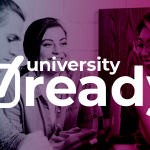