Our Legends Car racer James Holman scored a spectacular race win in the rain at Mondello Park, as the Irish Championship finally got under way at the weekend.

The Englishman’s first victory for two years came during a very mixed meeting (July 25-26), which also included a fifth place, but no points from the other four races.

“The clutch was slipping on the warm-up lap for race 1 on Saturday, so I had to miss the first race,” said James. “In the second race, we got a solid 5th, but were missing straight line speed in the dry.

“It rained as we left for the track in the final – I won by 4 seconds after controlling the race. The car was handling nicely in the wet!”

But James was out of luck on Sunday – running well in all three races, he retired when running third in both heats and second in the final.

“The gear lever snapped in race 1 and the car kept overheating and throwing water out the radiator,” he explained. “I had to pull in to save the engine.

“I’m delighted with the win, though, and the dry pace was better relatively on Sunday. The championship is unlikely now, but I’m free to go for some wins!”

Like motor racing series around the world, the Irish Legends Car Championship was on-hold because of the coronavirus pandemic. Now a shortened season has got under way without spectators.

While real racing was ruled out, James represented the UK in an international Legends Car sim racing series on simulated tracks in Scandinavia and the Baltic states, run by the Baltic Touring Car Championship.

The only British driver in the series, featuring entries from around Europe, as well as the USA and South Africa, James missed the first and last round, but still finished seventh overall in a computerised car carrying the Weltch Media logo. 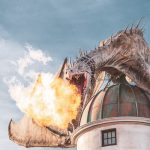 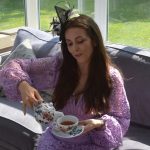