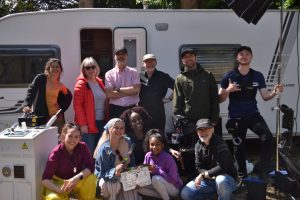 Filming took place in South Wales throughout last week under the guidance of director Andrew Griffin.

We are producing the film in collaboration with Annalium Films from a script by Robert Lancey, telling of the aftermath of a catastrophe which has seemingly killed all animal life. The short film follows a surviving scientist in full hazmat suit who encounters a young girl in a forest – and she appears to be healthy and well… 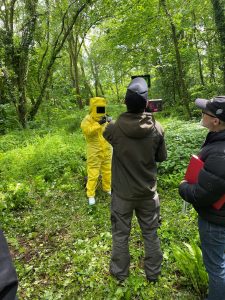 Despite some changeable weather, our lead actors Francesca Louise White and Minaii Baelfire performed superbly, and the crew were delighted with the footage they captured.

The film now has its own Twitter and Instagram accounts, so please follow these to keep up with developments as it moves into post-production. There will soon be a crowdfunding page too, so fans can get involved. 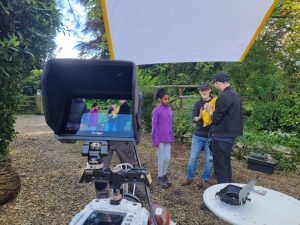 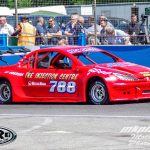 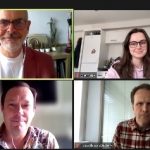 More praise for our copywriting trainingNews